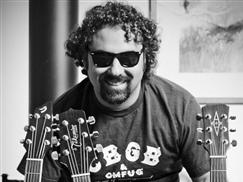 more info on THE SOLO-ACOUSTIC ALBUMS, HORIZON TIDES, Songbird, and bathing in wonder! 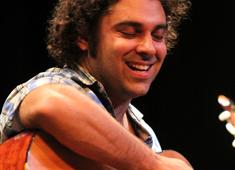 Scott is passionate about giving back to his local community.

Over the course of the last 15 years, Scott Ibex has emerged as a popular artist who regularly performs all over the world. His solo-acoustic tapping music layers tonal harmonics over free-flowing melodies that delight audiences throughout the land. It's not unusual for Ibex to perform blues, folk, rock, country, reggae, or soul during a set. In fact, he often improvises memorable one-of-a-kind tunes on the spot. For more information on booking a Scott Ibex performance at your university, local theater, events center, private function, or venue email scottibexmusic@gmail.com!

For the past 20 years, Scott Ibex has entertained prestigious audiences at Opera Houses, Events Centers, Colleges, Museums, International Film Festivals, and famous venues throughout the world. The result of his labors have brought critical artistic acclaim.

Extra, Extra, Read All About It!

Scott Ibex is proud to announce his new album, Bathing in Wonder, was remastered by Candyrat Recording Artist, Antoine Dufour with Mark Freezer.

"The solo acoustic guitar genre is a real family containing members who are passionate about creating amazing music. I'm proud to have worked with one of the best guitarists in the world, Antoine Dufour, in creating Horizon Tides, Songbird, and Bathing in Wonder. These records were produced in Quebec, Canada - 2014 t0 2017." - Scott Ibex

Charity is very important to Scott. Since 2012, his charitable concert series, 'Music for a Cause' and other benefit events, have raised thousands of dollars for local non-profits in Utah, Alaska, and even helped Ukrainian refugees in Europe. If you'd like to book Scott Ibex as a performer for your charity of choice, get in touch!